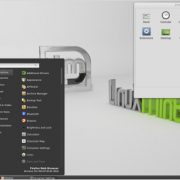 You’ve probably heard of Linux at some point. It’s the operating system that most servers on the internet use, and a lot of other connected devices like routers and even TVs and other appliances. Most people assume that using Linux as an operating system on their computer would be very hard and technical. 10 years ago that may have been true, but these days a number of improvements to open source operating systems like Linux have made them as easy to use as Windows or Mac OS X.

How to Try a New Operating System:

Most Linux and other free operating systems are distributed as ISO files. And ISO is a file that holds all the data that would normally be stored on a CD. ISO files are designed to be usable by CD burning software directly, so you can easily create an installation CD.

Most Linux ISO files are what are called “Live CDs”. This means you can run the entire operating system from the CD as a kind of test drive without having to install anything on your computer. This makes it really easy to try out a new system and decide if it’s a good fit for you before you take the plunge and install it on your computer.

All you have to do to use a Live CD is download the file, burn it to a CD, and reboot your computer. As long as your computer is set to boot from CDs (which is a BIOS setting that will be a little different between each PC) the Live CD system should run automatically.

Here are a few live CD operating systems to get you started:

Ubuntu Linux – a full featured, secure operating system designed to be usable by any computer user.

Linux Mint – “…a modern, elegant and comfortable operating system which is both powerful and easy to use. Started in 2006, Linux Mint is now the 4th most widely used home operating system behind Microsoft Windows, Apple Mac OS and Canonical’s Ubuntu.”

Mageia Linux – “Mageia is a GNU/Linux-based, Free Software operating system.It is a community project, supported by a nonprofit organisation of elected contributors.”