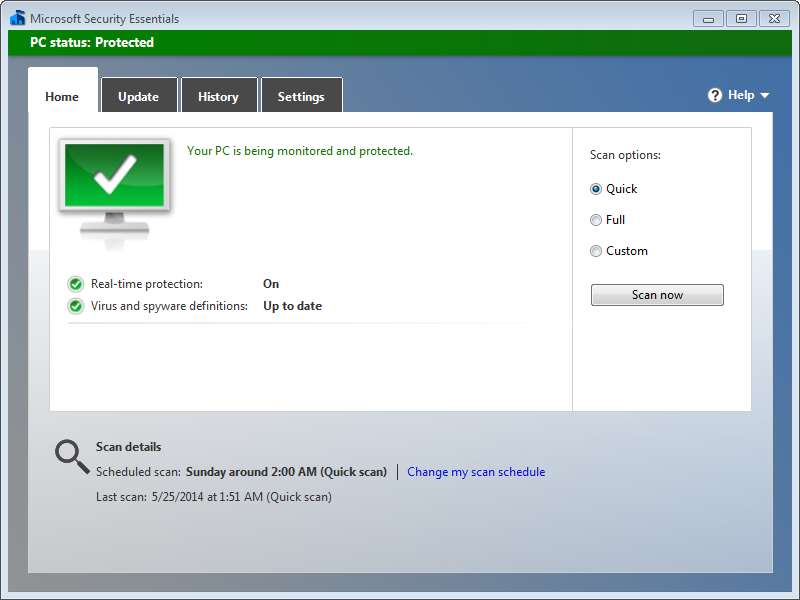 When I first started using a Windows computer (back when Windows 98 was brand new) there were really only two popular antivirus programs to choose from, at least as far as most computer users knew about. You either had Norton or you had McAfee. Well, I guess some people just used nothing at all, but even back then that was a terrible idea.

Now 15 years later (give or take) there are literally hundreds of antivirus programs fighting malicious software, and each other, for the title of best antivirus software.

Last month AV-Test.org conducted a test of all the top antivirus software currently available for Windows 8. Each program was tested on three main feature categories: Level of Protection, Performance, and Usability. I’ve gone through the raw data they collected so you don’t have to. Here’s what they found:

According to the AV-Test.org test results the highest scoring antivirus program in terms of protection, performance, and usability was…

Kaspersky AntiVirus. Kaspersky was the only program to earn perfect scores in all three of the measured categories. As one of the first anti-virus companies Kaspersky has since grown into a huge international enterprise. It’s not really surprising that Kaspersky would take home the top honors, they’re always near the top of the antivirus bunch as far as malware detection goes.

I used to recommend Microsoft Security Essentials to people looking for a cheap, fast, effective antivirus program. It was all of those things, and it didn’t bug you to buy the full version because it was included free from Microsoft with your operating system. Alas, those days are gone and Microsoft no longer shows MSE the attention it would need to be a top contender. While Microsoft Security Essentials (or Windows Defender as it’s called on Windows 8) is certainly better than nothing, I recommend using an antivirus program where the company behind it actually puts effort into it. With that being said, here’s the top Free antivirus software for 2014. I used to be able to recommend Microsoft Security Essentials, but not anymore thanks to Microsoft’s lack of effort to keep it competitive.

Close on Kaspersky’s heals, Avira AntiVirus can currently claim to be the top performing Free antivirus program. While Avira scored on the same level as Kaspersky for level of protection and usability, it fell behind slightly in its impact on system performance. Even then, however, the difference in performance impact was slight and not likely to be noticed by the average computer user. Avira is another one of the older competitors in the antivirus world, even older than Kaspersky.

While these two programs are currently the top rated, you should also keep in mind that the computer security world moves fast. What is best today could very easily not be best tomorrow. However, both Kaspersky and Avira have a long history of excellent malware detection and system performance, and seem likely to me to stay near the top of the antivirus herd for the foreseeable future. Also, this test was done only on Windows 8. Other Windows versions are likely to show similar results, but they won’t be identical.

For those of you who would like to see the results directly, here you go: AV-Test.org April 2014 Results

Got a computer virus, malware, or other problem that won’t go away? ZookaWare’s Remote Tech Support service is here 24/7 to solve all your computer related problems

How to Reset Internet Explorer

How To Shred Files using SpeedZooka
Scroll to top