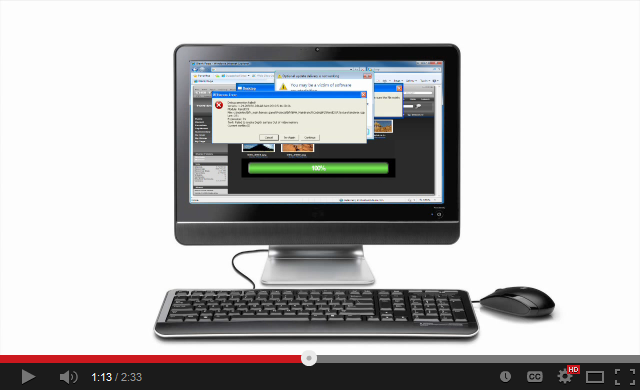 In the early days of YouTube, before it was assumed that everyone in the world has a broadband internet connection, it was possible to simply pause a YouTube video and let it continue loading while paused. This was great for people with slow or unreliable internet connections. If the video wasn’t buffering fast enough to keep up with playback you could just pause the video and let the whole thing load while you went to the kitchen to make a sandwich or a cup of tea or whatever it was we did back then. When you returned to your video it would be completely loaded and you could watch the whole thing without interruption. Yep, it was pretty great.

Sadly those days are gone.

Somewhere along the way YouTube and parent company Google decided too much bandwidth was being wasted by fully loading videos people never finished watching. It would be better, they thought, if the video only loaded a few seconds in advance and then stopped loading until the viewer caught up. This would save them bandwidth while still loading videos fast enough for “most people”. So that’s what they did.

The consequence is that anyone with a connection that isn’t super fast and reliable now has to wait for their video to buffer every few seconds. Pausing the video to let it fully load just doesn’t work anymore.

But there is hope! Some rather smart person has created a browser addon for Firefox called YouTube Center which allows you to return YouTube to its old method of loading videos. Next click the “Player” category and uncheck the box next to “Dash Playback”. That’s it. Now YouTube videos will continue to load even when they’re paused.

YouTube Center also has a bunch of other cool features but there are too many to name here. Some of the highlights include the ability to save YouTube videos to your hard drive, block ads on YouTube, and “Lights Off” mode for a more theater-like viewing experience.

YouTube Center can be downloaded and installed for Firefox here: https://addons.mozilla.org/en-us/firefox/addon/youtube-center/

Free Tool Blocks CryptoLocker From Stealing All Your Files

MyWOT and the Problem with Crowdsourced Rating Sites
Scroll to top